During this vacation, I wanted to write a little bit fluffier. By fluffy, I just mean that I want to write a littler lighter and happier than I’m known to do. Fluffy is probably not the right adjective to use! Anyhow, I want to take this week to record by bits and pieces the different things that I have learned over the last year. Today, I’m starting with the things that I learned while dating long distance in hopes that it will either help or just encourage you! I have learned a lot! All in all, I truly enjoyed dating long distance. Who wouldn’t when your dating a guy like this?! 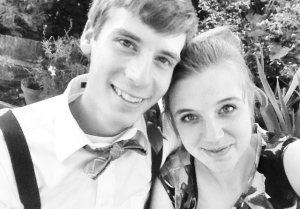 I will save our dating story for another post, but today I just wanted to write about how I learned to love Ben from far away. We spent the first 7 months of our dating relationship far apart, so I learned quite a lot in that time. Here are a just a few lessons that I learned. They may just help you too!

Since I can’t build memories, I  need to build something else.

When dating long distance, it is really hard to build legitimate memories. You can have really amazing conversations and you can set up really fun Skype dates, but honestly the real building of memories is pretty hard. So, here’s the advice:write letters, make a scrapbook, or work on a project for the one you love.

We ended up doing all three! Letters were so important to me, because I couldn’t build a memory bank of dates since we were far apart and were unable to do things together. By writing and receiving letters, I collected visuals of our relationship. It was like each letter was a wall and we were building a fort or something like that. Maybe, that’s just the weird way that my mind works, but letters are so helpful! 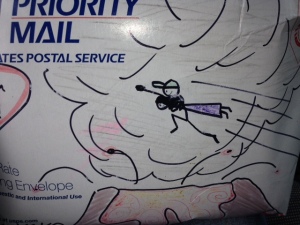 I started making a scrapbook of the memories that we did have together. We have some fun pictures and we shared some great times over our short holiday breaks. I printed off pictures, collected supplies, and began working on a scrapbook of the friendship that we were building together. Working on this scrapbook took my mind off of missing him, and gave me something to do instead! It also gave me something to look at when the missing him was terrible.

I also enjoyed working on a project for Ben every now and then. I’m somewhat of a sentimental person, so I tried my hand at being creative in how I presented the notes and gifts that I gave him throughout our long distance relationship. By working on a project for him, it gave me something to anticipate, and it allowed me to stay busy during the quiet times. Choose any of the 3 or all 3. You won’t regret it! I sure didn’t.

Since we couldn’t see each other, we tried to Skype once a week.

We verbally talked to each other AT LEAST once a week. In fact, we talked to each other AND look at each other too!! Since Skype is such an easy thing, we tried to squeeze it into our long-distance relationship at least once a week. During the fall it was so helpful when Ben and I Skyped every Monday afternoon. It was a set aside time that we could enjoy together. Stability in a relationship is vital, and this was one way that we learned to provide that. Having one day of the week to call by Skype was WONDERFUL! Life is obviously busy, and you can’t always achieve a Skype date every week, but when you can..then do so!

At the beginning of the work week, we learned to compare schedules.

When we (finally) learned to do this, it did eons for our relationship! On Sunday night, we let each other know the days that were most likely to be busy. By the end, we knew our probable schedule and had an idea of how much time we would have together during the week. This is invaluable!

Talk to each other about your work schedules, planned activities, and set at least one slot of time for both of you to truly interact.

I learned to NEVER have deep conversations after 10:00 pm.

I am absolutely serious. Do not go into a deep discussion when you are both tired, exhausted, worn out, and missing each other. Save that conversation for a time when you are both rested and able to really talk it over. Ben and I did this late-night-deep- talking 2x over our long distance relationship, and we regretted it both times. The next day came and it was like….”Really??? that was a problem last night??” HA. Just avoid that. Don’t talk super late into the night and don’t open up serious conversations that could be easily saved for a later time. My dad taught me to never give advice after 10 pm. And it turns out that serious conversations after 10 pm aren’t very smart either! You just don’t think as well later into the night.

I am guilty of NOT doing this well. Though, I did try my hardest to live and think this way. If I am at work, be at work! If I am calling Ben, be on the phone with Ben. If I am out sipping Starbucks with my friends, I better be sipping coffee and contributing to the conversation. If I let myself wallow in missing someone, I will be miserable wherever I am!!

Live in the place that you are living. Work at the place that you are working. Enjoy the phone calls and Skype dates that you can have with your best friend, but don’t sit like a glummy glum pout fish just waiting for that moment. Make a huge effort to be 100% wherever you are. You will find that living is so much more fun and that long distance isn’t so bad after all!

I learned the value in having fun conversations!

Perhaps, it is just Ben and I that can talk for hour after hour about philosophy, while unraveling the great mysteries of the world, even as we talk through personal struggles, and the need for prayer in a certain area.

OK, so it isn’t quite that bad….but seriously, we can talk very deep for a long time. It’s a wonderful thing! I personally love it! However, we would find ourselves either knee-deep in philosophy, or drowning ourselves in the boring monotony of the day, and the natural exhaustion from life. We forgot to have fun in our long-distance relationship, and it became much harder to maintain a good relationship. So, we learned to take a step back and say, “OK, we need to talk about something light. We need to put aside deep conversations for now. We need to enjoy the company of one another.” So, we did. We set aside work, philosophy, and boring monotony. Instead, we set up really cheesy Skype dates, and purposed to have fun. It helps. I guarantee you.

I wrote down his prayer requests.

I had a page in a little pink book that was all for Ben. I wrote down his prayer requests, and I prayed for him. I went down the list and came before the throne of God in prayer. It is amazing how much deeper you will love someone when you simply take the time to fervently pray for them. Then, all throughout the day I prayed for him. Even if it was just “God, please help Ben have strength wherever he is at right now.” It helped our relationship, because ultimately God holds us together. We should continually come before Him in prayer for one another.

I learned that there are three sides to every story. My side. His side. And God’s grace. Listen to each other. Listen to understand. When he wrongs you, forgive him. When you wrong him, ask for forgiveness. It changed our relationship. It brought us both closer together and closer to Christ.  We cannot be healthy without forgiveness. We cannot have a sure relationship without asking daily for God’s grace and strength.

So, you just hung up the phone and the conversation didn’t go well. You know you are in the wrong. Ask God for forgiveness, then call the guy you love and ask for his forgiveness. I had to do this, and it was always worth it. Hard, but worth it! 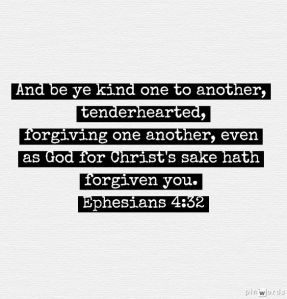 I feel like this post is too short and yet too long! I have learned so much when it comes to long-distance dating. I am so glad that it’s over, even as I am so thankful that we experienced it together. We have much to learn in our relationship, but we have learned to communicate well, forgive often, and pray to the only One who can keep us together. Never ever forget that God gave you this day, He gave you each other, and He gave you this opportunity to spend life together, no matter how long or short it may be.

I am a Storytelling Poet bringing you personal pieces, cautionary tales, raw life, and hope. Every week I write + share poems about the stories we have all lived. I am also a Gardener + Wife, Mom, & Happy About It All. Founder of Birthday Observation Day. Biggest celebrator of life. Goats & chickens 4EVER (obviously). So, hello & welcome to the blog. And the garden. And the podcast. And the uncomplicated poetry that brings us all together. -S.V.F. View all posts by Sierra V. Fedorko

4 thoughts on “Loving by Long Distance” 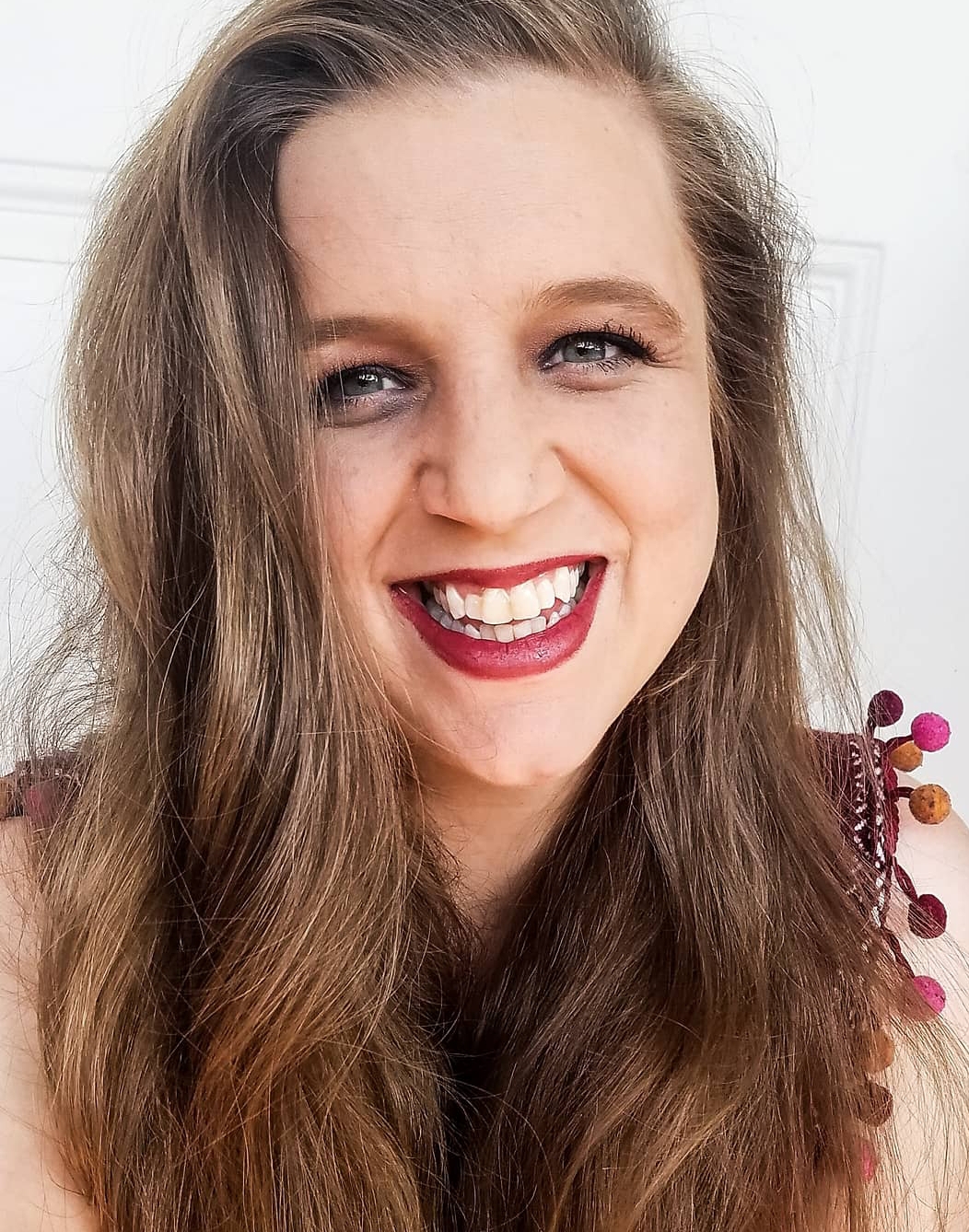 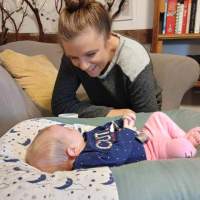 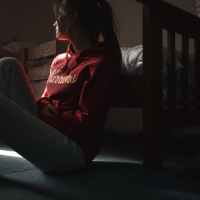 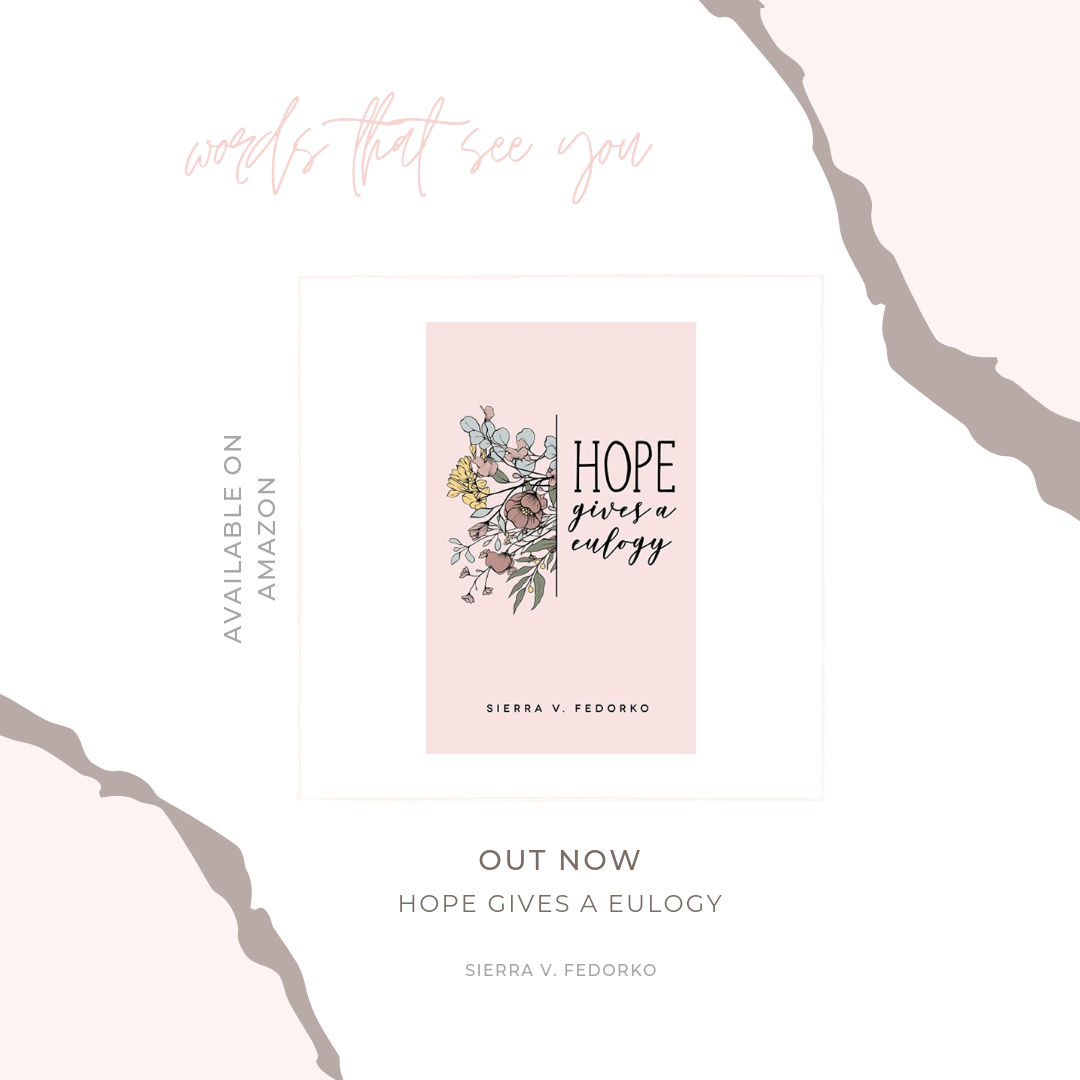 "There was a night in the beginning I thought I might be losing you.
but my favorite part is how these gorgeous pink lemonade roses frame the baby swing & my chair in the distance.💕
Hey kids,💕👇
to moms & those who will become them❤👇

Take Me to the Podcast! 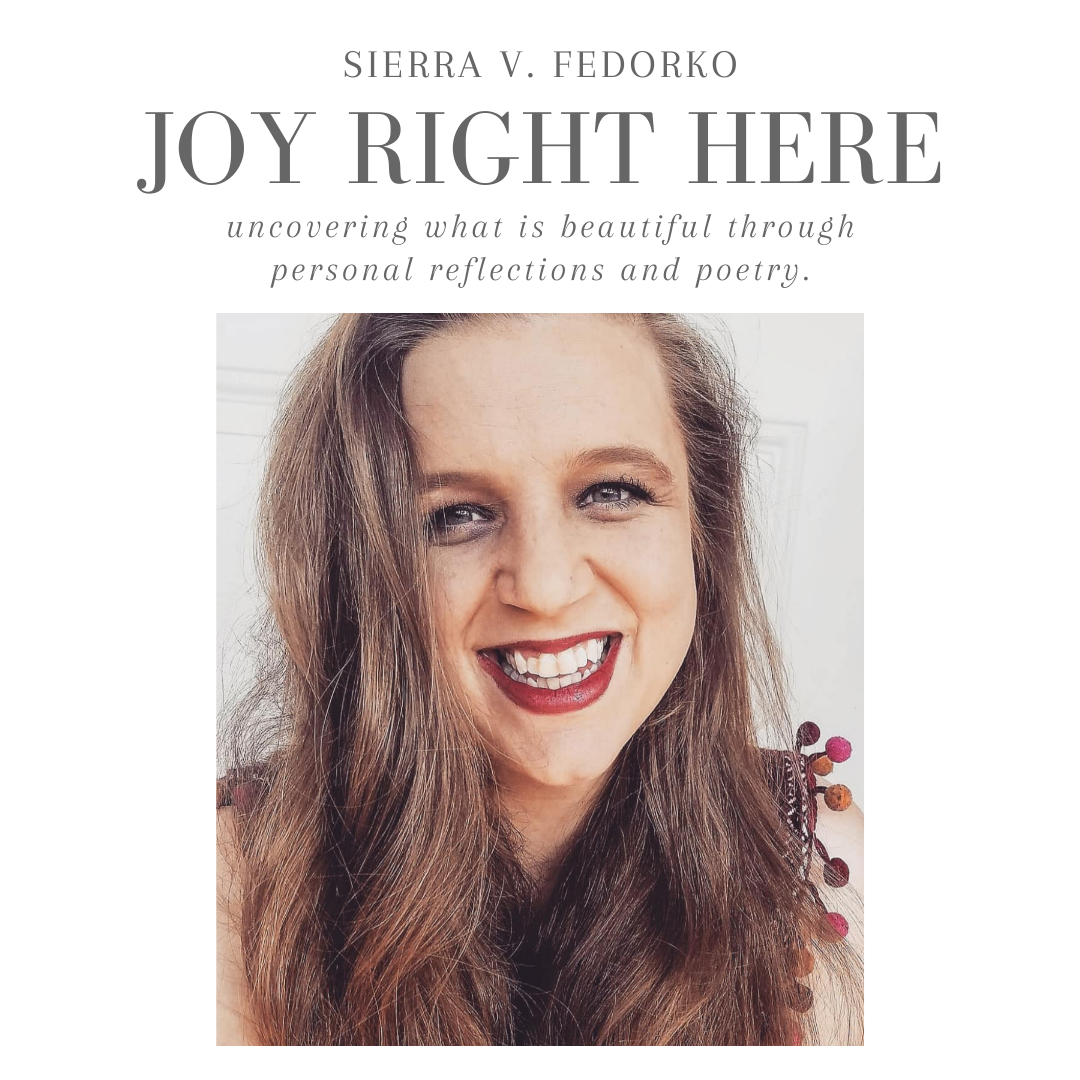