It’s a sunny day in the world of little People, though the sunny brightness stops there. The myriad good feelings that were felt and sported by all 4 little people have vanished as the travel continues to weigh heavily on their minds and well…their one plastic foot.

Early this morning, all 4 were found bickering and complaining with one another. D missed the little humans playing with her, and Lynn missed the large plastic zebra. Lilly was practically in tears for a majority of the morning, because she missed Lady Grey, and Grant’s temper was on edge ,because of the wild emotions swinging from each girl.

They traveled like this until they saw something quite extraordinary at exactly 10:15 am while hiding behind a tower of rocks made of dirt.

What they saw sent gasps among the Gang. And Mr. Peacock, who stayed as far behind the four as he possibly could, froze in shock (remember that Mr. Peacock loathes adventure). The Gang stares wide-eyed at what looks to be a crate full of trapped animals.

Deanna quickly formulates a plan to rescue the trapped creatures. Lynn agrees completely and offers herself as a distraction to the the Pirate Girl that stands guard. Lynn has always been good at talking. 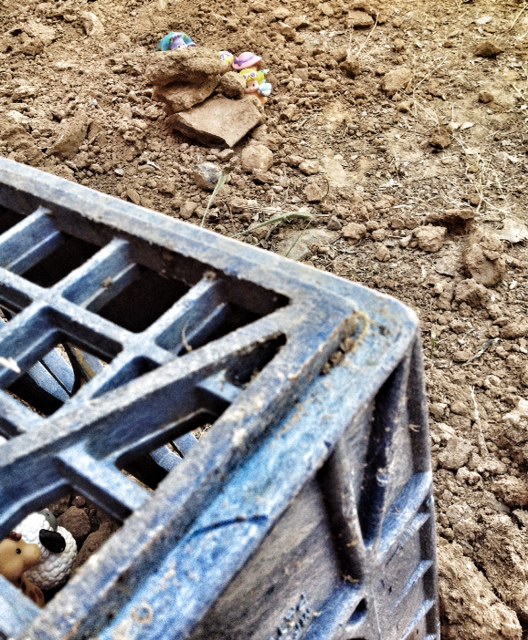 According to our undercover agents, the conversation was lively and positive. Pirate Girl says, “Hey what’s your name?” Lynn gladly gives it to her and since it’s the polite thing to do, Lynn asks Pirate Girl what her favorite color is. Pirate Girl says “Blue and white stripes.” It is then that our secret agents are urged to keep record of more important things. Like the whole crate of creatures being set loose. 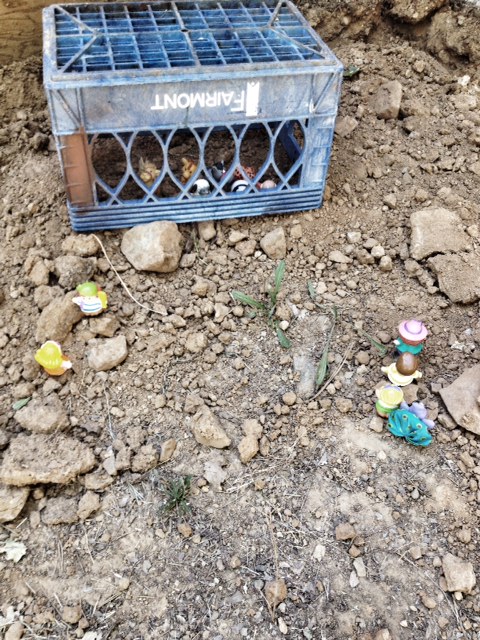 And although, Lilly is the tiniest of the four, she surprises everyone by being the strongest. Our investigators see her lift the majority of the crate alone, though as it is known, little People must work as a team to get anything done. Despite the bickering heard earlier, the Gang proves true to their teamwork and love for one another.

In an action uncharacteristic of Mr. Peacock, he rushes to the front to lead the Gang and the rescued ones safely away. Our professional photographers get an aerial view. 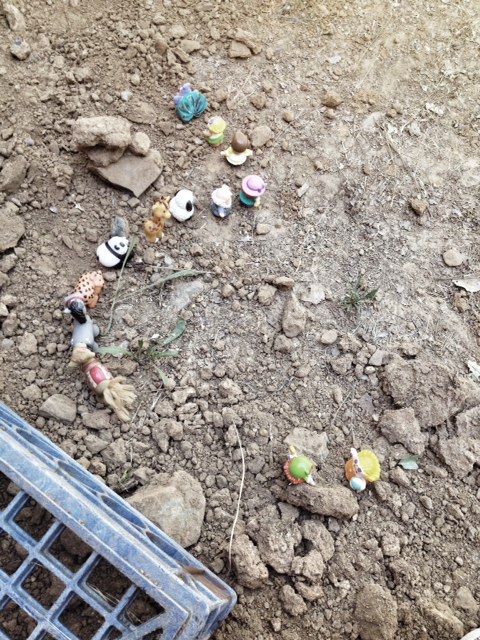 All is well, or seems so, until Pirate Girl happens to hear the rustling of dirt and tiny rocks. She looks over and Lynn, unable to engage Pirate Girl in more interesting conversation, looks on in agitation.

Pirate Girl is angry. She insists that apart from the stolen animals which will be returned, one of the four must comply to prison because of the attempted escape. 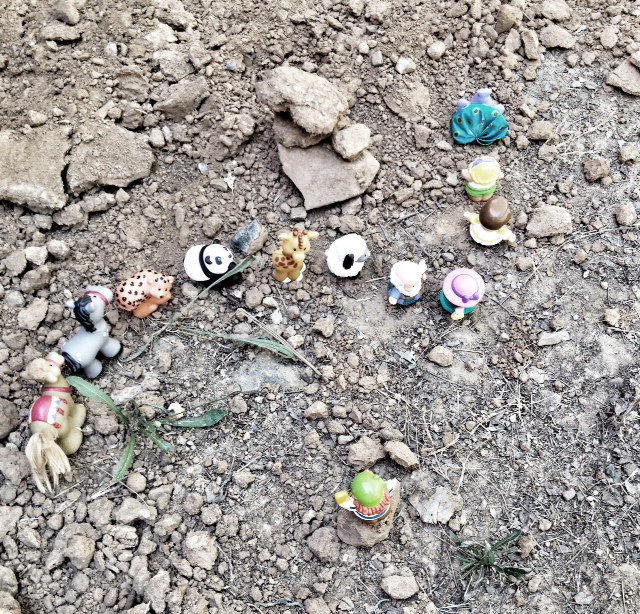 Lynn feels as though she must be the one thrown in the cage. And these were her words, “I must go, because I could not keep up the conversation. I am sorry D and Lilly, and Grant…..and even Mr. Peacock.” Silence follows, then Grant in his growing manliness, refuses to let one of the girls rot in a crate in the desert.

These is his declaration, “I will NOT stand back and see one of my friends sit and rot in a crate, because she feels as though she is the one who let us down. I will take her place, Pirate Girl.” So, he does. 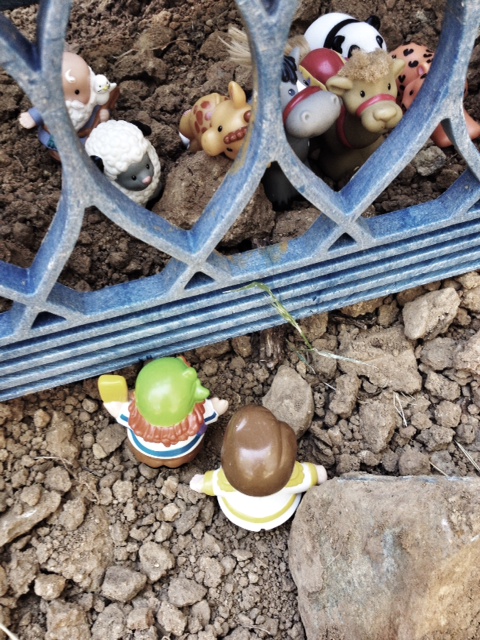 And Lynn whimpers in sadness and awe. Deanna grows angry and resistant. Lilly is forming a plan stealthier than all the ones she has ever thought of before. Mr. Peacock sheds a tear, but wipes it away as quickly as possible so as not to admit his crushed spirit. But it is too late, because now,  The Sierra Price Times knows about Mr. Peacock’s single tear!

The three girls and Mr. Peacock run away to hide so they can form a plan of escape. They throw ideas back and forth as they try to learn a different way to succeed despite their first failure. 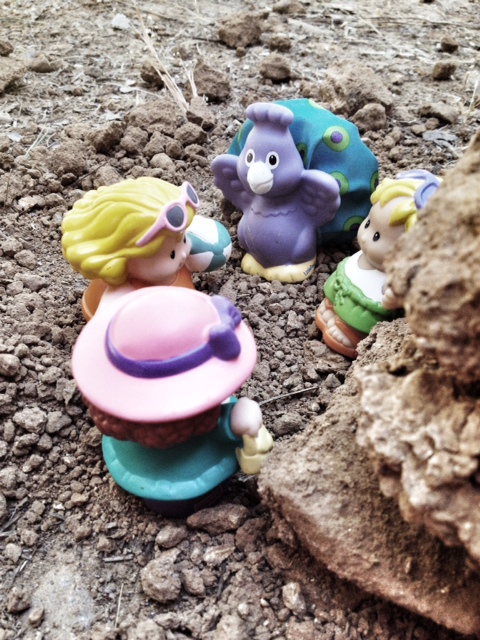 Perhaps more interesting than the crate in the desert, and the trapped animals, and the attempted escape is this one tiny detail that could be easily missed. Among the captured animals, there was a man. An old man with a white beard and a kind face was trapped in the crate with the others. Our investigators caught a tiny glimpse and snapped this brief picture.

Upon further research, this information was found in our little People data base: Sir White Beard who is a distinct and respected friend of Lady Grey has gone missing, and is not expected to return. Survival hoped. Death probable.

Lady Grey was shown the above photo at 11:30 am sharp. Tears streaked down her face, though no comment has been made by her at this time. Our investigators are intrigued ,though patient as they don’t want to press Lady Grey for answers just yet.

The Gang still has no idea about who Sir White Beard is or that he was once a friend of Lady Grey. The Sierra Price Times will have further information as soon as Monday. For now, this town may look proudly on as these little people continue on. These people, who even though they failed once, have purposed to get back up and try again!

And if you haven’t yet, Mr. Peacock says–

Oh would, you please subscribe, my dear, fellow friend!

I am a Storytelling Poet bringing you personal pieces, cautionary tales, raw life, and hope. Every week I write + share poems about the stories we have all lived. I am also a Gardener + Wife, Mom, & Happy About It All. Founder of Birthday Observation Day. Biggest celebrator of life. Goats & chickens 4EVER (obviously). So, hello & welcome to the blog. And the garden. And the podcast. And the uncomplicated poetry that brings us all together. -S.V.F. View all posts by Sierra V. Fedorko

3 thoughts on “EDITION 5: The Gang Gets Caught”

What will spring look like in my garden this year?
FOR YOUNG MOTHERS
I'll tell you what I'm not used to:
Celebrating 27 years today!! And rounding up my last year of life on the blog.😍 It could be described as the ugly part of a butterfly escaping its cocoon. 😂 It was beautiful. I had wings. BUT it was a glorious mess in constant movement! Not much of it is a blur because the changes were so profoundly huge. I share lots of photos, thoughts, and my prayer for 27, but part of the poem I wrote for New Year's sums up my 27-year-old heart well,

Take Me to the Podcast!